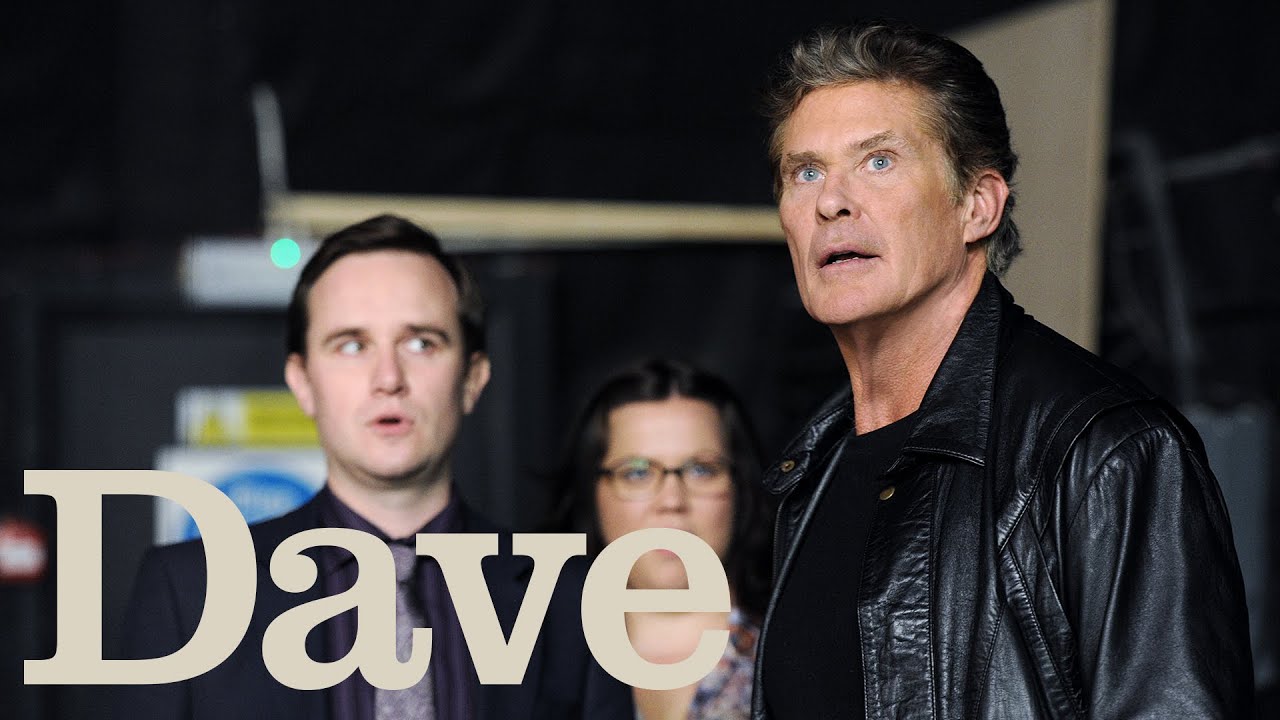 Hoff The Record
SERIES ONE FOR DAVE

Hoff The Record is a semi-improvised comedy with actor David Hasselhoff playing a fictionalised version of himself  (complete with previously unknown German son and an oddball entourage) as he arrives in the UK to try and reignite his career. Shot in documentary style by the award-winning team behind An Idiot Abroad, this excruciatingly funny six-part series follows a version of Hasselhoff, 30 years after he rose to fame with global hits Knight Rider and Baywatch. After five divorces and some misguided professional decisions, The Hoff is in the UK ready to star in a new independent film that could reboot his career. But alarm bells start to ring when he gets the low budget treatment on arrival from the US. After a series of on-set clashes, it’s soon clear that the director has a very different vision for the project and The Hoff tasks his UK manager to find something more worthy of his talents. As his attempts at everything from fronting a charity to becoming a global peacemaker fall into disarray, can The Hoff get his career back on track and make sense of his increasingly surreal life?

Share
TVScare BnB - 1x15’ Sky
TVBBC Life Lessons
We use cookies to ensure that we give you the best experience on our website. If you continue to use this site we will assume that you are happy with it.Ok